Some time ago my husband and I embarked on an epic camping trip to Utah.  He had been camping to Utah a few times and spoke about it with high regard.  So, we finally set part for the two day journey to Eastern Utah from Northern California.  We visited Great Basin National Park, Arches National Park, Bryce Canyon, surely to be blog posts for another day…

One of the more random and interesting locations we visited was called Goblin Valley State Park.  It turns out just getting there was a doozy.  The park is located in the San Rafael Desert off of Utah State Route 24 nearest to Hansville.  It was one of those locations that looks about an inch from where you are on a map but it felt like it took thirteen hours to get there.  Once there, though, we were not disappointed.  We were nearly the only visitors other than a few hard core folks taking in some 4×4 trails on the back part of the park.

For us, the most interesting part of the park was the Hoodoo Goblins at sunset.  We took a walk through the Hoodoos enjoying their personality and mysticism. Mother Nature has created strange and interesting shapes here proving she has a sense of humor.  When the light is right one can understand why they call them Goblins!  The rock formations were created 170 million years ago and still stand proudly today.  Hundreds of these mushroom shaped formations stand each one with its own personality.  Some are fifteen feet tall some or are two feet tall.  Some are narrow some are plump.  Some are solid and some are precariously levitating.   The rock creatures are set in front of gorgeous Utah cliffs slowly eroding away creating an ever changing piece of natural art.

Shortly after visiting and enjoying this glorious park I read on the news that Cub Scout Leaders, entrusted in the care and education of young impressionable young people, had recorded themselves vandalizing an amazing Hoodoo.  I watched the video and it shows The Cub Scout Leader goofing around and pushing one of the 170 million year old formations over in a show of muscle and might.  Thankfully, this person was convicted of crimes for his actions and I can only hope the young people learned to protect and respect nature as a result. 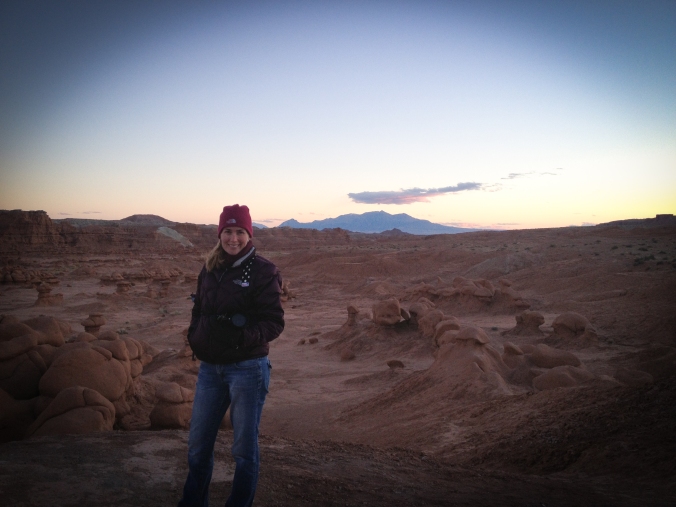 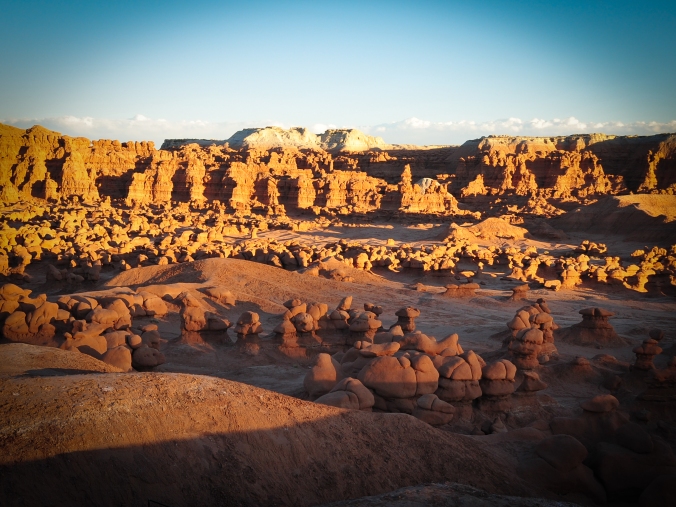 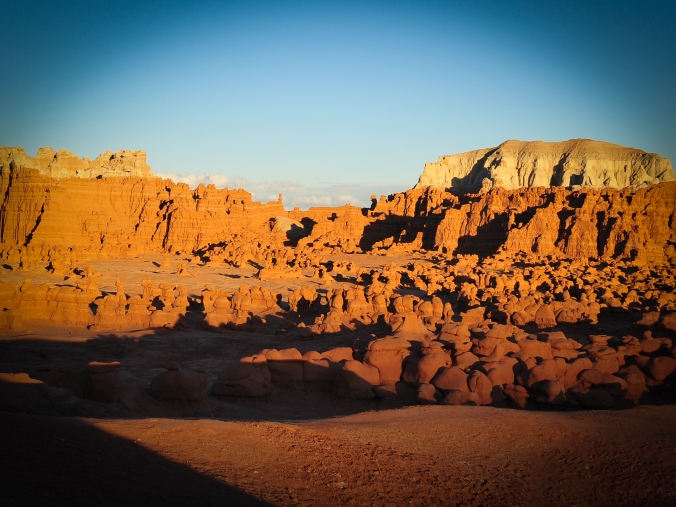 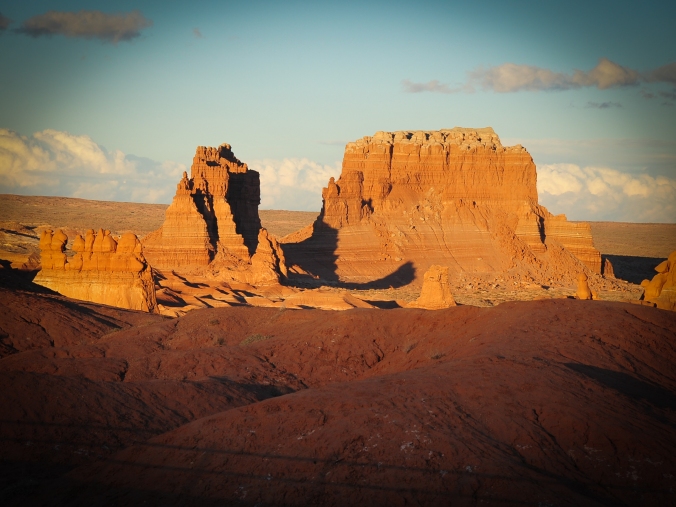 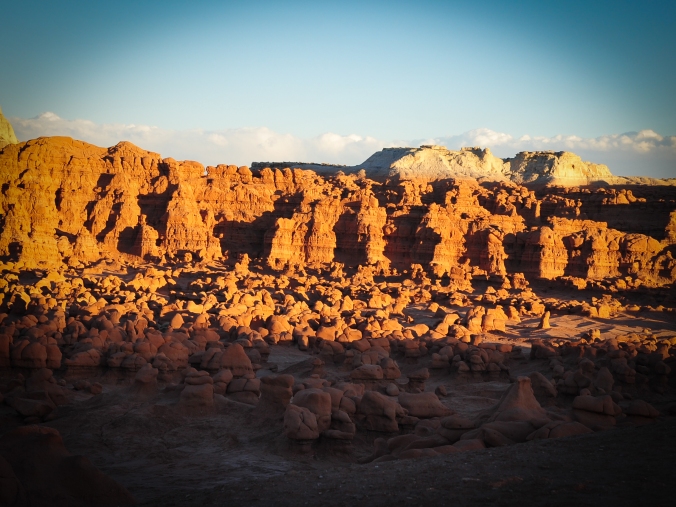 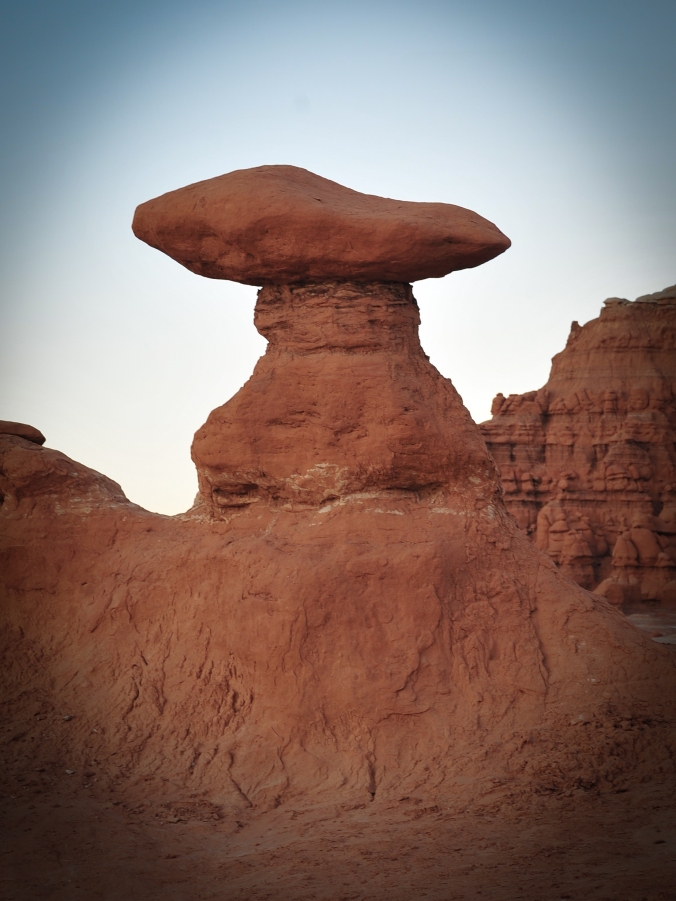 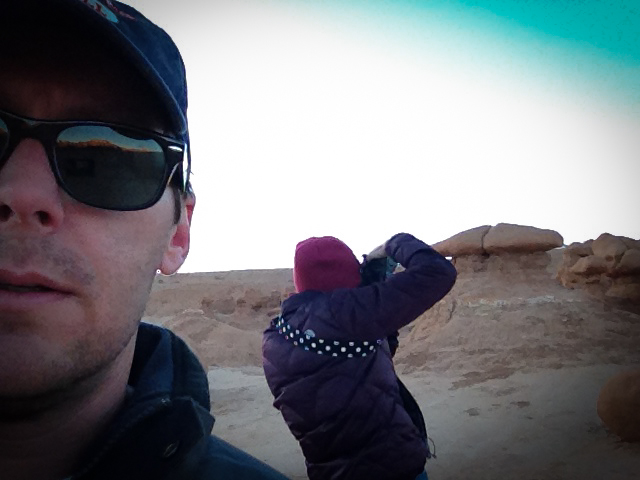