I am so not in to NASCAR.  But, there is NO denying that the Nascar Hall of Fame isn’t pretty great.  It is a top rate interactive museum that peaks the interest of even non-Nascar fans like me.  And it makes a great place to kill half a day on a layover.  Not to mention my parents were out of their minds visiting the Nascar mecca that is the Hall of Fame.

The building is beautiful and the interior is interesting.  The main hall is banked like a race track which gets more and more angled to simulate the true angles at some of America’s greatest race tracks. (36 degree angle! Woah!)

The museum houses historic vehicles and memorabilia.  Museum goers can interest themselves by challenging each other to various forms of trivia, memory games, and knowledge tests.  One can even test their skill at the pit stop by fueling up a car, jacking it up, and changing a tire.  If that isn’t fun enough you can race your friends in a Nascar simulator.  You get to sit in a real Nascar that moves around and revs up making you feel like you are driving the real thing.

While Charlotte, frankly didn’t have much to offer but good BBQ, the Nascar Hall of Fame was a treat which was probably one of the highlights of my parent’s trip on the way home from Ireland. 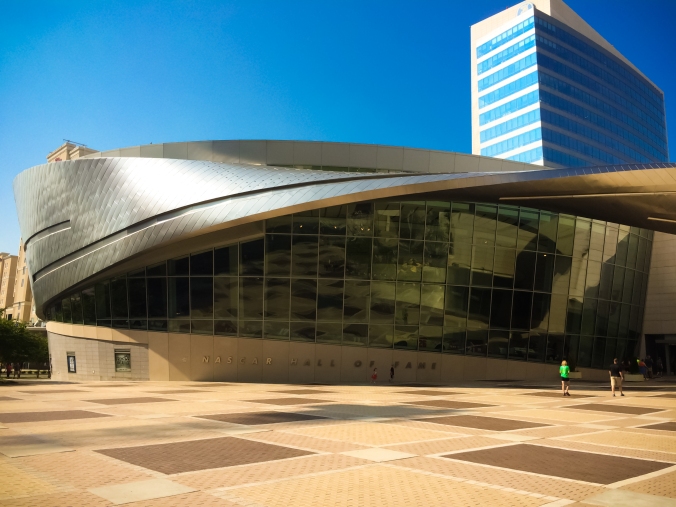 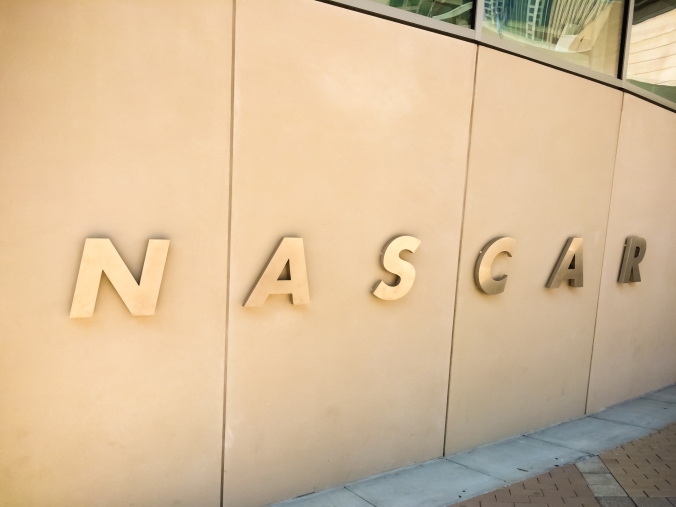 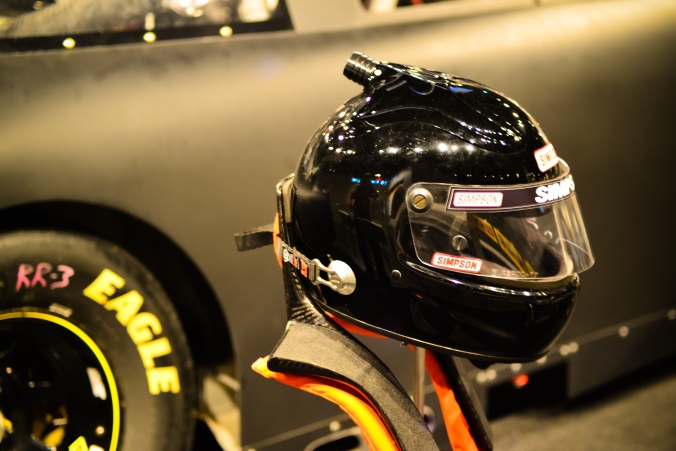 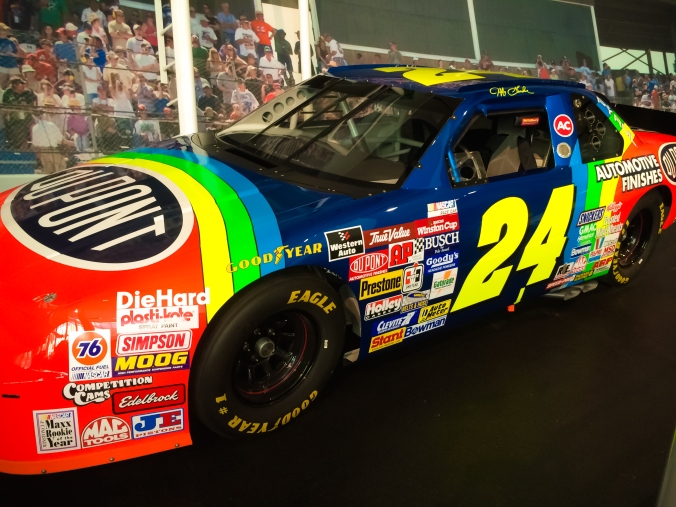 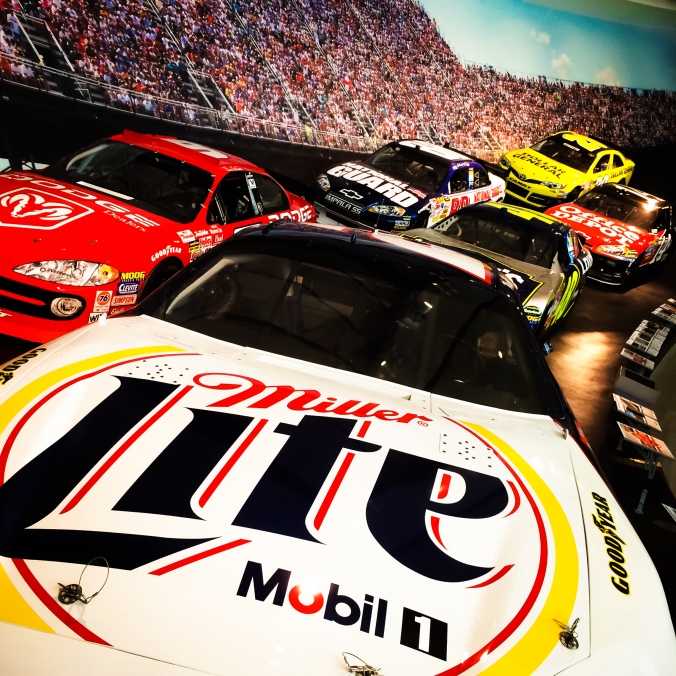 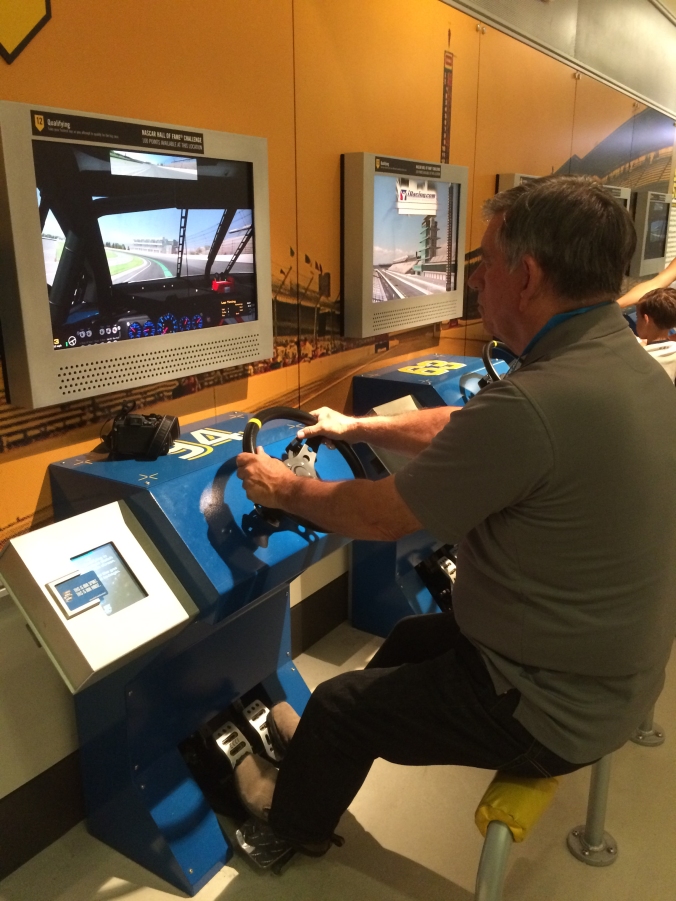 3 thoughts on “Making the most out of a layover – NASCAR style – Charlotte, North Carolina”