The Burren is an unusual and vast landscape on the west coast of Ireland in County Clare.  At first blush it looks like a green and grey desert with nothing to be seen.  But, like most things, when you look closer you see detail and creativity only mother nature could concoct.  The Burren is primarily cracked limestone whose deeps cracks collect water and are filled with nutrient rich soil which wildflowers and grasses flourish in. The Burren National Park has been created to assist in protecting its multiple dolmens, stone circles/ring forts, caves, and megalithic tombs.

Some time between 4200-2900 BC Neolithic people created the masterpiece Poulnabrone Dolmen.  Dolmens dot the landscape in Ireland but this one is special primarily due to its size subverting the vastness that is the Burren. It is about twelve feet long and about six feet tall.  It is made of stone that is the same color as its surroundings so one could pass right by it without noticing it.  The remains of multiple people have been excavated from beneath the tomb which is typical of them throughout the country. 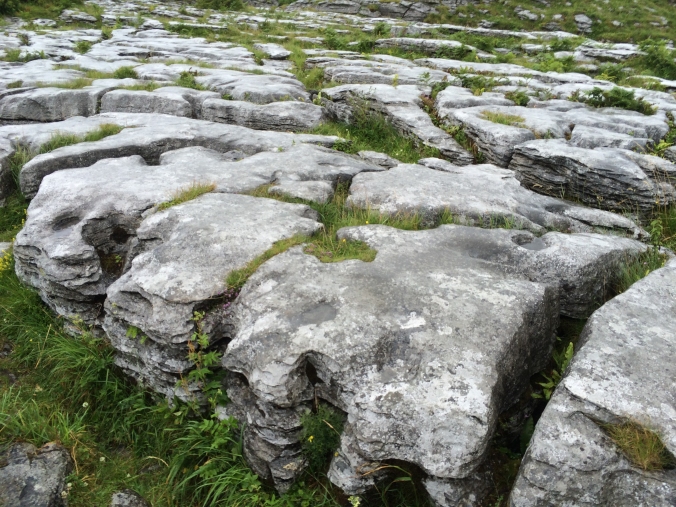 A closeup of the stone

Meet my nephew Michael enjoying the rain in the way only a kid can!

If you would like this dolmen check out another post on the dramatically large Brownshill Dolmen by clicking here!
53.048685 -9.140056
Poulnabrone, Co. Clare, Ireland